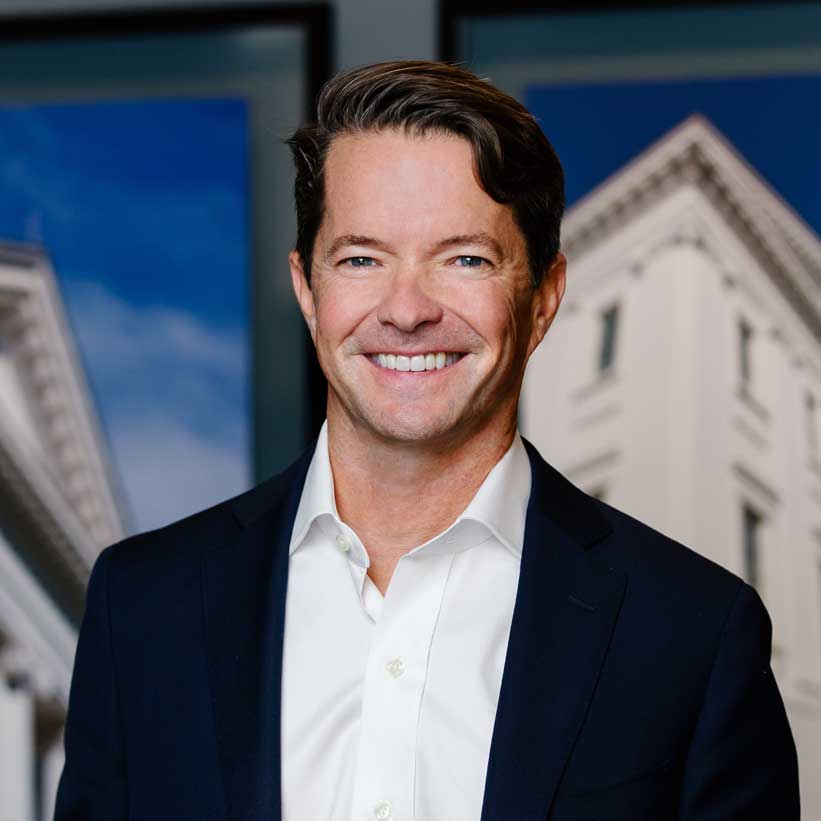 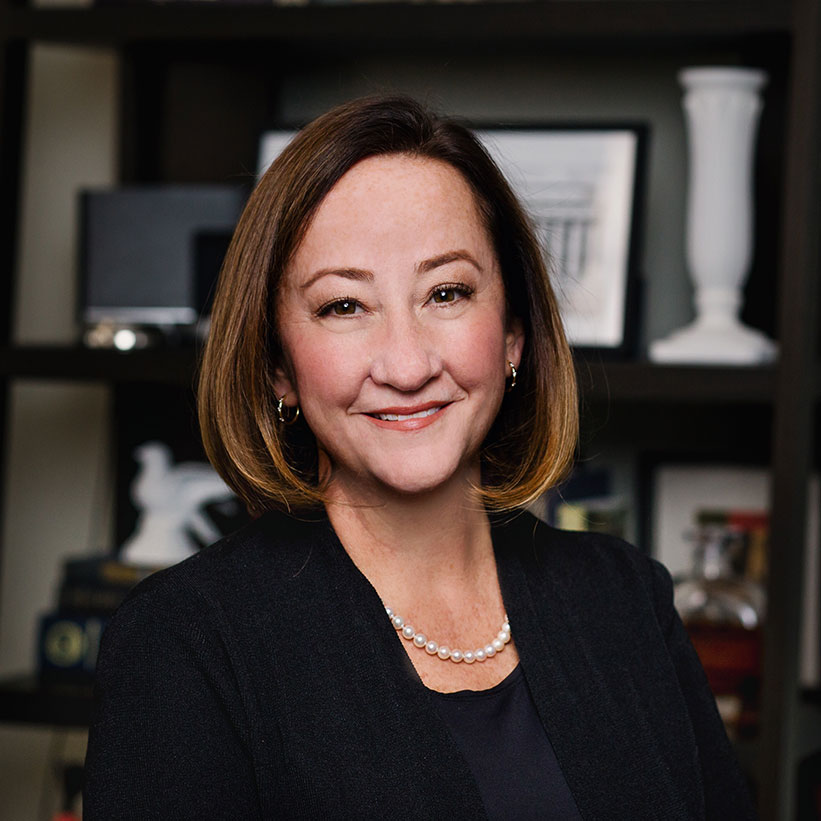 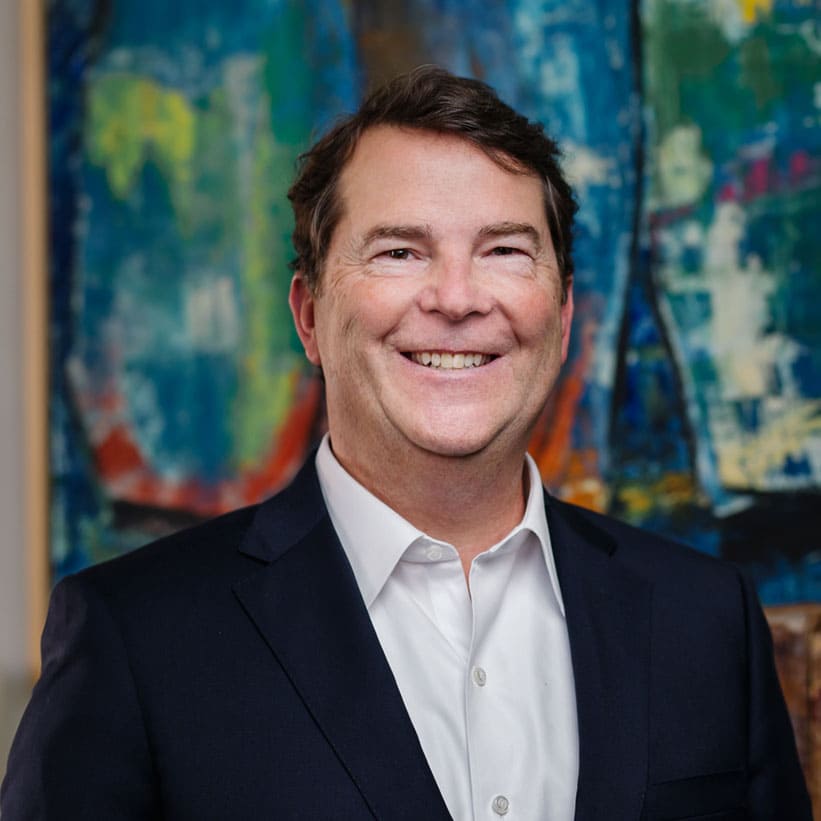 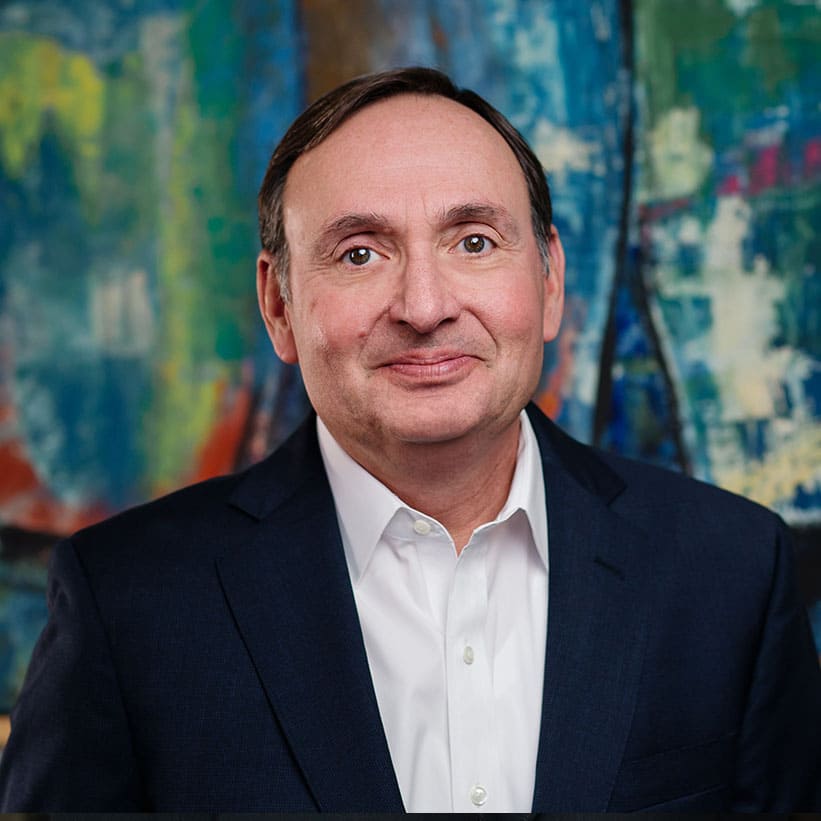 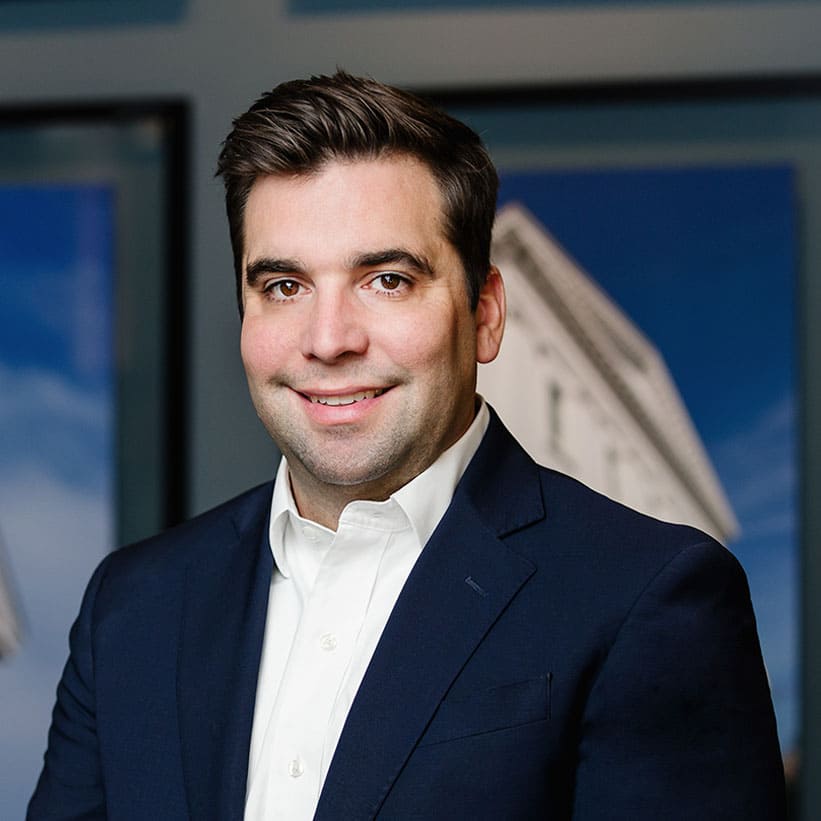 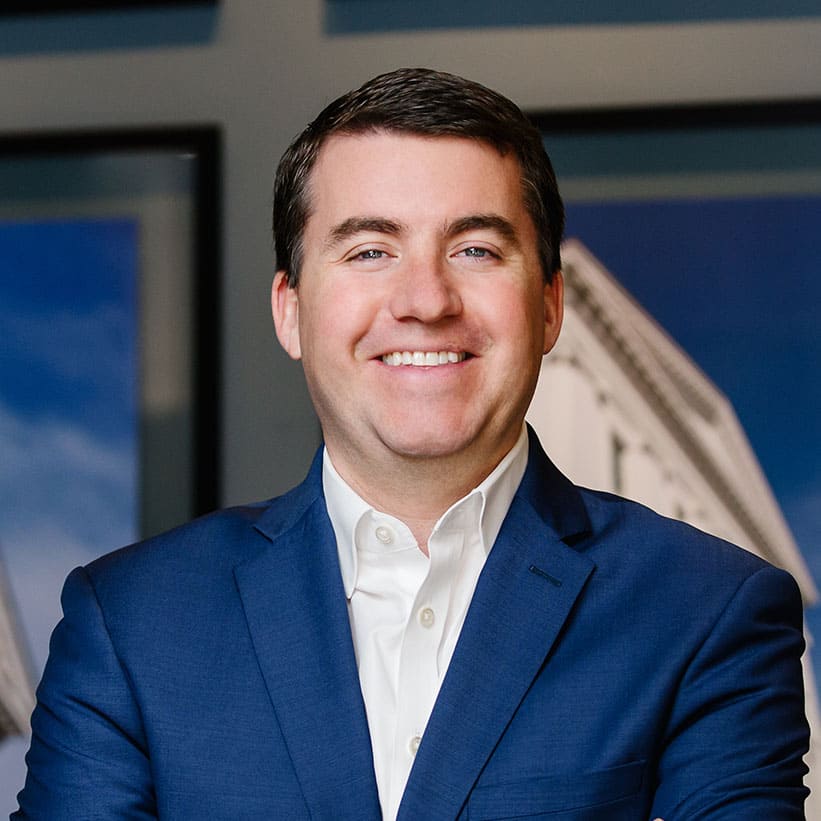 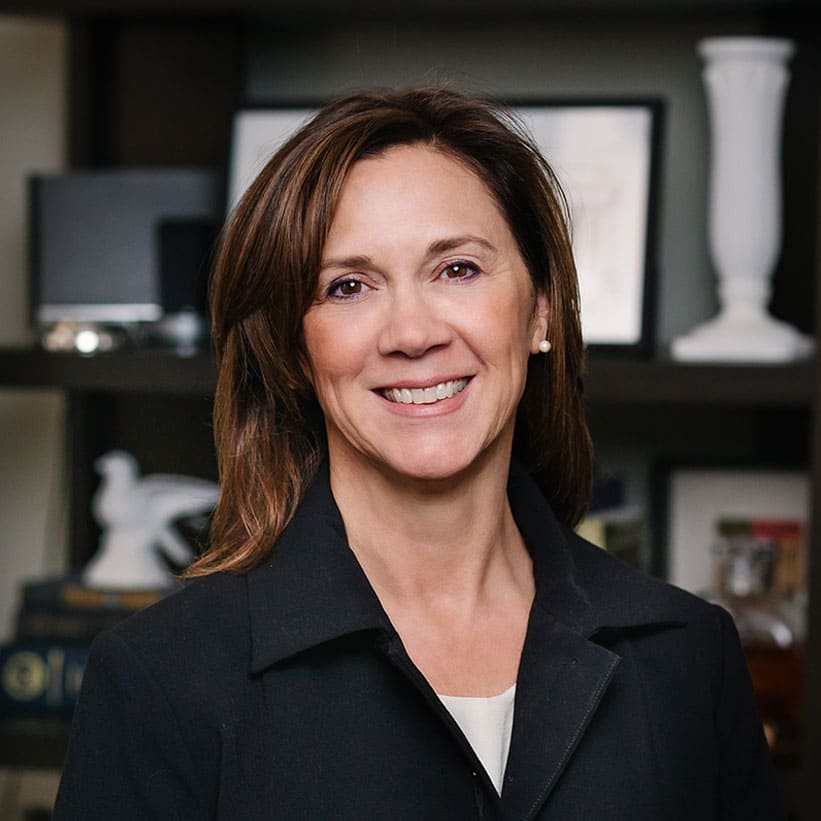 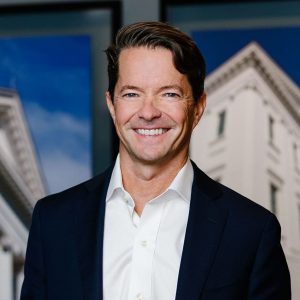 John-Garrett Kemper is consistently listed in the Best Lawyers in America in the government relations practice area and in Virginia Business magazine’s “Legal Elite: Virginia’s Best Attorneys” in the area of legislative and regulatory law. He was the featured attorney in the legislative category in the 2004 Legal Elite.

John-Garett has lectured on Virginia government for a variety of groups including the Virginia Bar Association, the Sorensen Institute at the University of Virginia, Leadership Hampton Roads, Volunteer Hampton Roads, the Retail Alliance, and the CIVIC Leadership Institute. He has also been a guest lecturer at William and Mary Law School, Virginia Commonwealth University, and Old Dominion University.

John-Garrett holds a B.A. degree from Hampden-Sydney College and a J.D. degree from William and Mary Law School. He is a member of the Virginia Bar Association (Administrative Law Sections) and the Virginia State Bar. John-Garrett is a 1999 graduate of the Sorensen Institute for Political Leadership, University of Virginia. 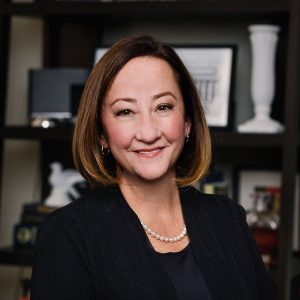 Marianne has more than 20-years of private sector experience. While with the Commonwealth of Virginia she served in the Office of the Secretary of Transportation and as the Legislative Liaison for the Transportation Secretariat during the successive administrations of Governors George Allen and James S. Gilmore. In addition, she was charged with the oversight of a comprehensive regulatory review for all the agencies within the secretariat. Marianne also served in the Office of the Director at the Virginia Department of Aviation. During her tenure, she worked with federal, state and local legislative and regulatory officials to develop and further Virginia aviation policy.

In 2017 Governor-elect Ralph S. Northam appointed Marianne as the Director of his Transition and Chair of his Transition Committee. She worked pro bono from Election Day through Inauguration recruiting administration personnel and developing an initial policy agenda.

Marianne earned her Master of Public Administration degree with a specialization in public law from Bowling Green State University and is a graduate of Longwood University. She is a 1998 graduate of the Sorensen Institute for Political Leadership at the University of Virginia. 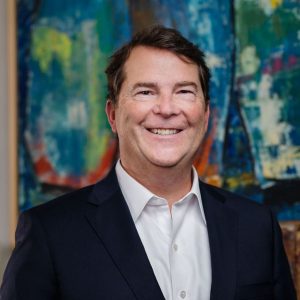 He testifies before the General Assembly and communicates well with the executive branch, using strong relationships developed over 25 years of private sector experience. Fred served as an in-house legal and procurement counsel and lead lobbyist in a large state agency.

Prior to his state government practice, Fred practiced law as a commercial litigation attorney at a large law firm. He also served as a law clerk for a federal judge and as a legislative assistant to a member of Congress.

Fred served as Chair of the Lottery Board and formerly served on the Board of Directors of the National Council for Adoption. He is recognized in Virginia’s Legal Elite and Best Lawyers in Virginia. He currently serves on the Board of Trustees of Shenandoah University. Fred graduated from the University of Virginia and obtained his law degree from William & Mary. 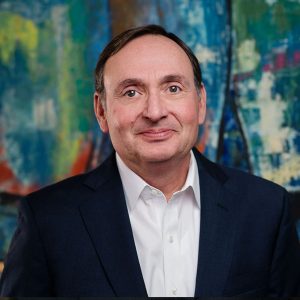 Prior to joining Kemper Consulting in 2011, Mike was Deputy Director of one of the largest associations in Virginia, the Virginia Association of Counties. He previously served as the Executive Director of the Foundation for Virginia, a statewide not for profit advocacy group, and as the Deputy Executive Director of the Virginia Municipal League (the National League of Cities’ Virginia chapter). Mike also served as the Legislative Liaison for Arlington County.

Mike is a former member of the gubernatorial administrations of Baliles and Wilder where he served in the cabinet as a transportation policy assistant. Before joining the cabinet, he was the legislative aide to a former senior state Senator.

Mike served on the gubernatorial transition teams for Governors Ralph S. Northam, Terence R. “Terry” McAuliffe, Timothy M. Kaine, Mark R. Warner, and L. Douglas Wilder. He previously was an adjunct professor of public policy at the College of William and Mary and is a graduate of the Virginia Executive Institute.

Mike received his Bachelor of Science and Master of Public Administration degrees from James Madison University. 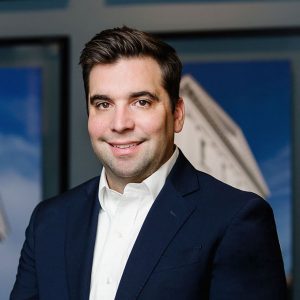 Prior to joining the firm, Joel worked with the City of Suffolk Economic Development Department where he mainly focused on new business development and retention in the downtown area. While with the City of Suffolk, he developed and implemented marking strategies for attracting new businesses, helped local businesses understand and take advantage of the Virginia Enterprise Zone, as well as acting as a liaison between downtown businesses and historic preservation societies.

Joel graduated with distinction from the Virginia Military Institute. Currently, he is active in the VMI Alumni Association where he serves on the Board of Directors, as well as the Hampton Roads New Cadet Recruiting Chairman. 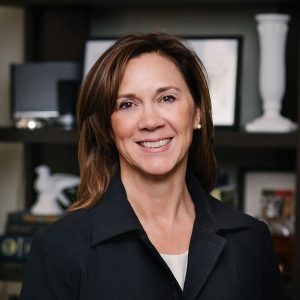 Martha Trapani provides clients with constant communication both during the General Assembly Session and during the interim. Martha provides regular legislative updates during the legislative session and routine event participation throughout the year. She also administers all firm-sponsored events and political contribution disbursements.

Martha manages all firm annual disclosures and registrations with the Virginia Conflict of Interest and Ethics Advisory Council. Prior to joining Kemper Consulting, Martha served as an Assistant Director of Admissions at Norfolk Academy. She is a graduate of Randolph-Macon College, with a bachelor’s in English. Martha currently serves on the Norfolk Collegiate Annual Auction Committee.

She is a lifelong resident of the 757, enjoys skiing, and cheering on her daughter during both Lacrosse and Tennis. 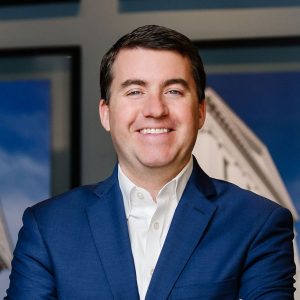 Ross Grogg has over ten years of state government experience in Virginia and represents clients before the Virginia General Assembly, legislative and executive branch agencies, boards and commissions. His practice includes education, healthcare, alcohol, maritime, utilities, and budgetary issues. Ross also helps clients manage their political action committees including all necessary filings with the State Board of Elections, the Federal Election Commission, and the Internal Revenue Service.

Ross started his full-time career in politics serving as Political Director on the successful state senate campaign for Jeff McWaters in 2009. In 2010 he was named to Aristotle’s Republican Campaign Dream Team for his work on the McWaters campaign. Ross went on to serve as the Senator’s legislative aide and then campaign manager during his reelection in 2011.

A graduate of the College of William and Mary with a Bachelor of Arts in Government, Ross also graduated from the Sorensen Institute for Political Leadership at the University of Virginia and the CIVIC Leadership Institute. Ross serves as Treasurer of the Virginia Public
Access Project and is a member of the Pastoral Council of St. Bridget Catholic Church. He lives in Richmond, VA with his wife and daughter.

For more information on our principals, please feel free to contact us.